New Horizons at Marlborough- In the News 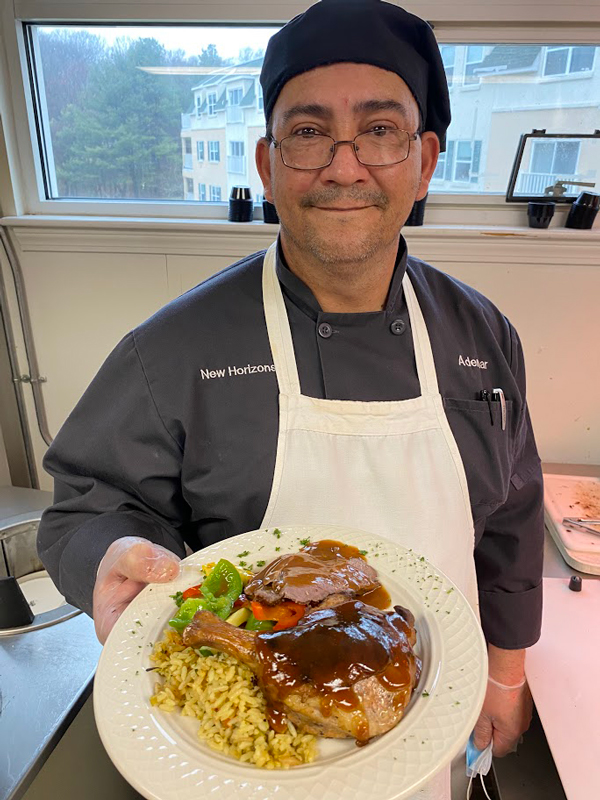 Baby boomers inspire menu changes at senior communities
The Pilot – May 4, 2022
Salmon with mango sauce, curried chickpea chili, and vegan Impossible Burgers are just a few of the new options being served at New Horizons at Marlborough, an independent and assisted living and memory care community. (more) 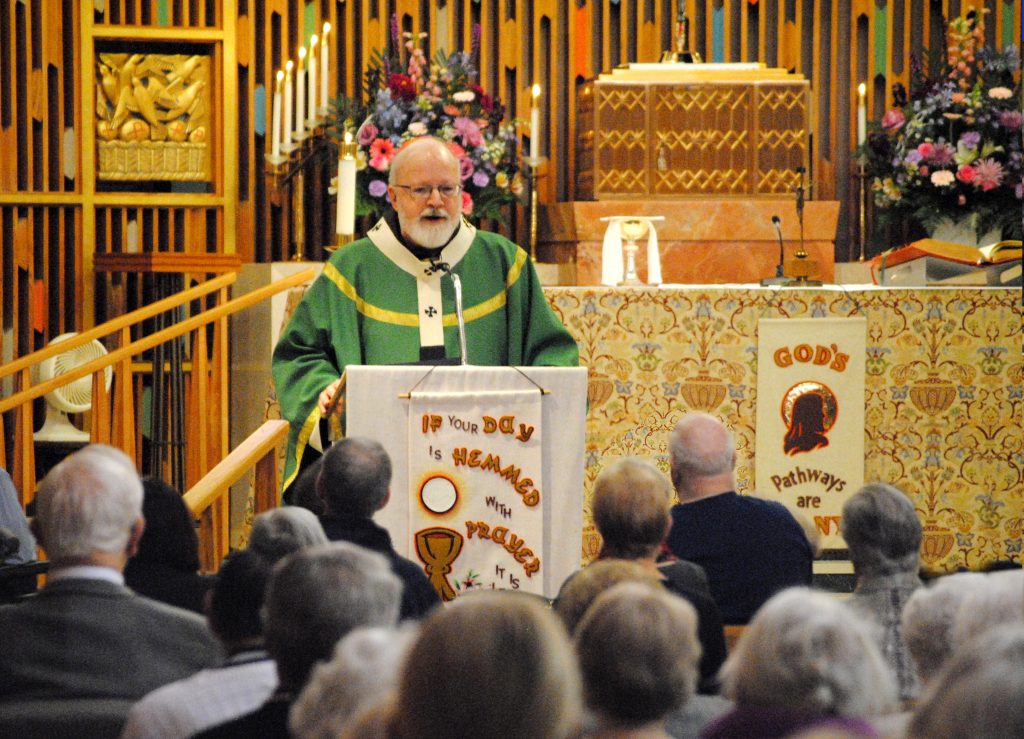 The often-overlooked estate plan element: senior living
The Pilot – March 18, 2022
When thinking about estate planning, what probably come to mind are a will, trust, healthcare proxy, and power of attorney. Although these documents are important and make up the formal part of the plan, there is an additional—and frequently neglected—component that can offer peace of mind: a senior living plan. (more) 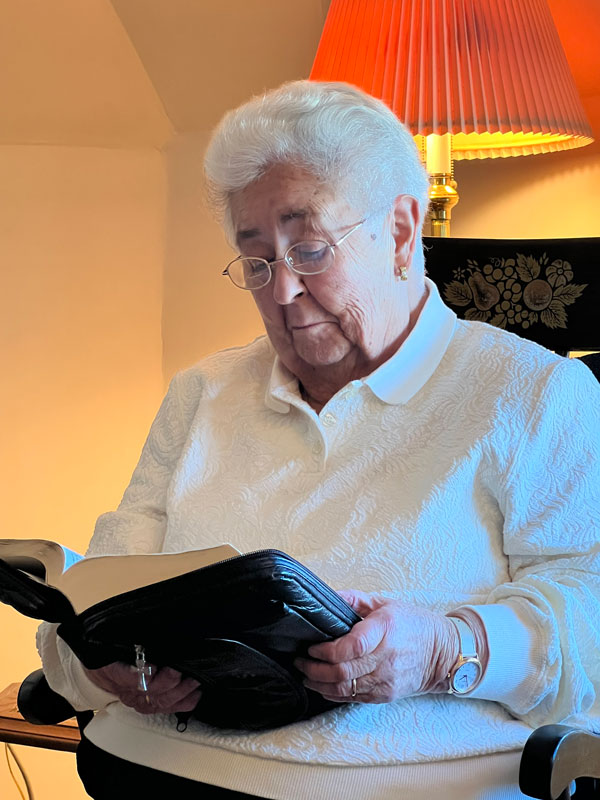 Sister Jane Amirault—bringing the Gospel to life at Marlborough senior community
The Pilot – February 18, 2022
Ever since she was a young girl, Sister Jane Amirault knew she wanted to help others. She grew up in Lynn with five siblings and attended St. Jean Baptiste High School, and it was there that she determined that God was calling her. (more) 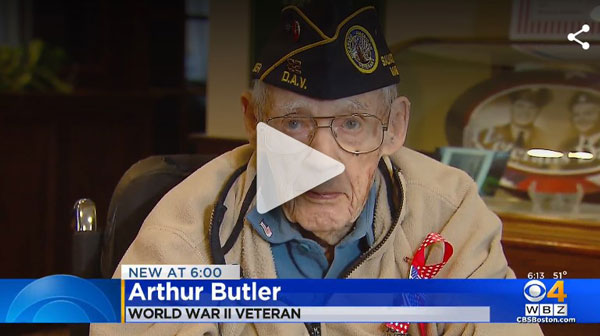 Interview with WWII veteran Arthur Butler
WBZ News Boston – November 11, 2021
More than 80 residents at the New Horizons assisted living facility in Marlborough are veterans, but one is older than the holiday itself. One-hundred-year-old Arthur Butler told WBZ-TV about his time in the service. (more) 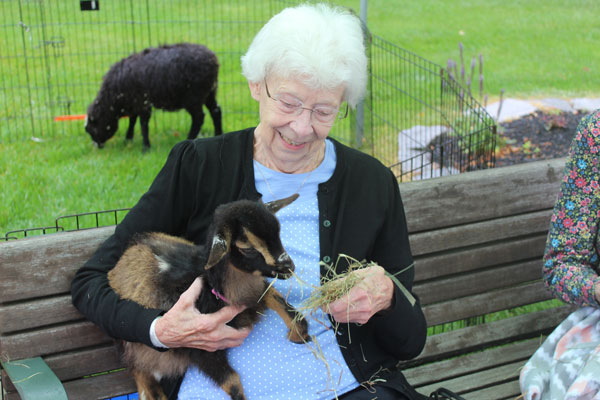 Interest in senior living communities rises as COVID-19 declines
The Pilot – October 29, 2021
After a lull during the height of the pandemic, the recently expanded New Horizons at Marlborough began seeing substantial increases in inquiries, tours, and move-ins in May 2021. (more) 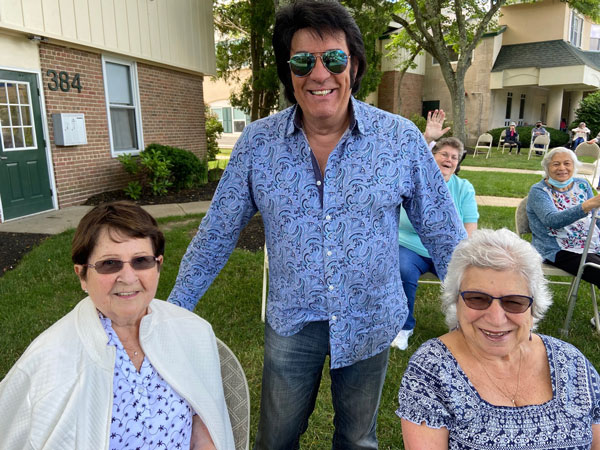 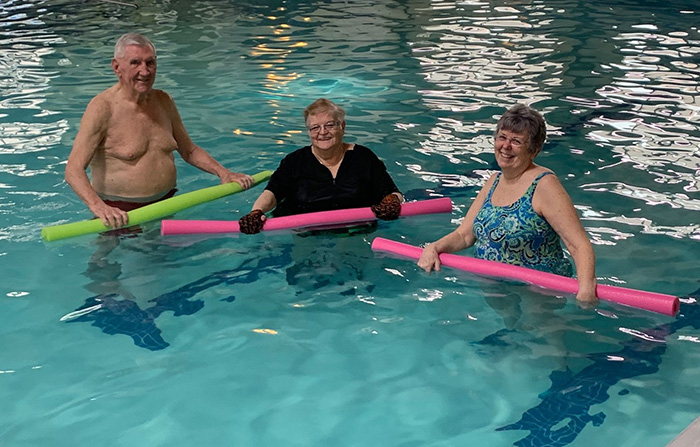 Benefits of pool time for seniors
The Pilot – August 20, 2021
In New England, the “pool weather” window is fleeting. Residents at New Horizons at Marlborough, however, benefit from the retirement community’s indoor lap swimming pool, which is heated for year-round use and enjoyment. (more) 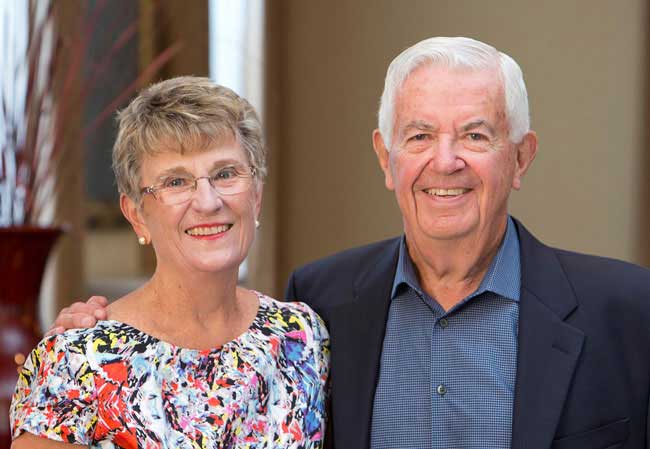 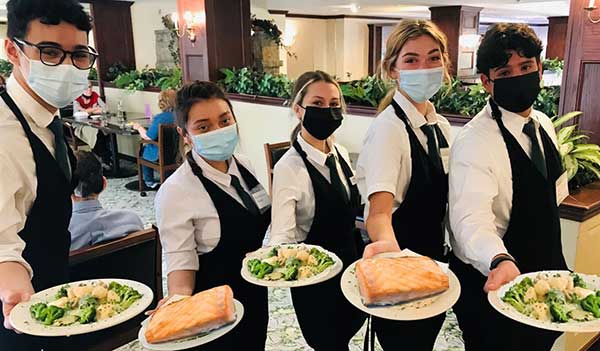 Senior dining with a twist
The Boston Pilot – May 7, 2021
The New Horizons at Marlborough campus is abuzz about its new farm-to-table project. And residents at New Horizons at Choate, in Woburn, are looking forward to resuming themed “Dress for Dinner” events. (more) 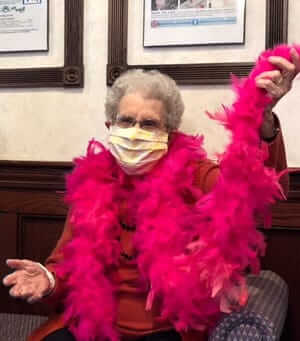 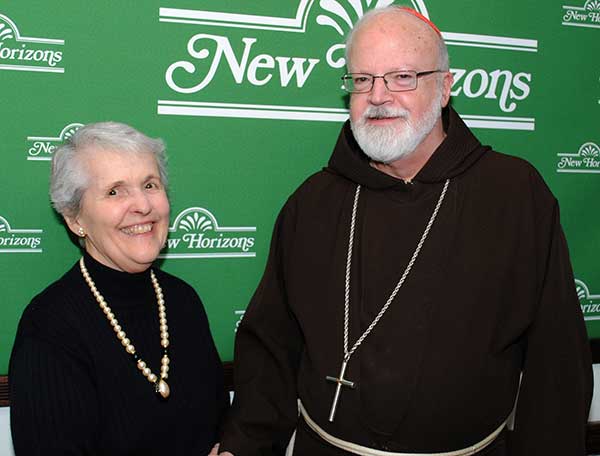 Nonprofit senior living communities
The Boston Pilot – March 19, 2021
The abundance of local senior living residences can make choosing the right community a challenging endeavor. One important distinction among these communities is whether or not they are operated as for-profit entities. (more) 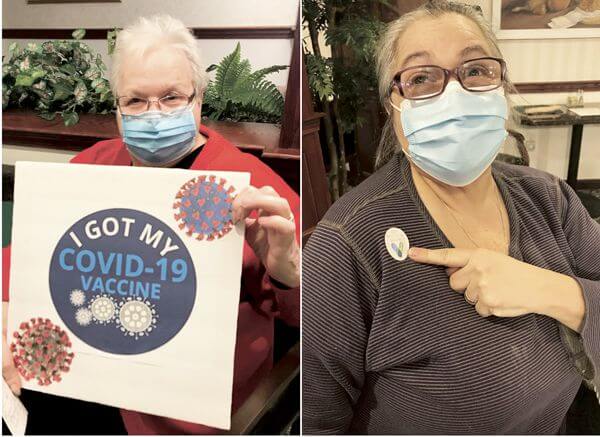 Second COVID vaccines administered
Main Street Journal – February 27, 2021
While problems related to the state’s roll out of COVID vaccines continue to be a source of frustration to many, there is one group of high risk residents that has been well served in Marlborough.  (more) 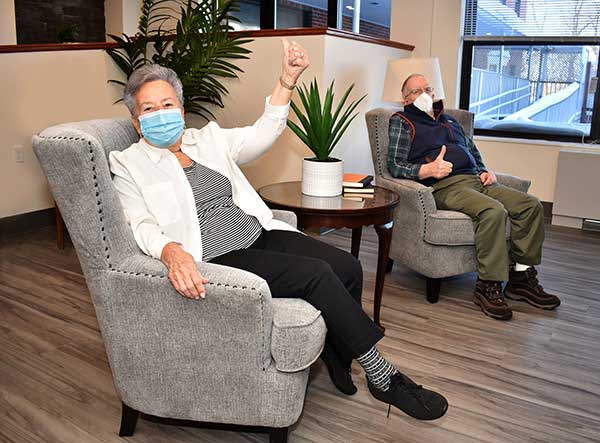 Choosing a senior living residence during the pandemic
The Boston Pilot – February 19, 2021
During the pandemic, the two New Horizons retirement communities in Woburn and Marlborough have welcomed a number of new neighbors, who were attracted by a variety of benefits. (more) 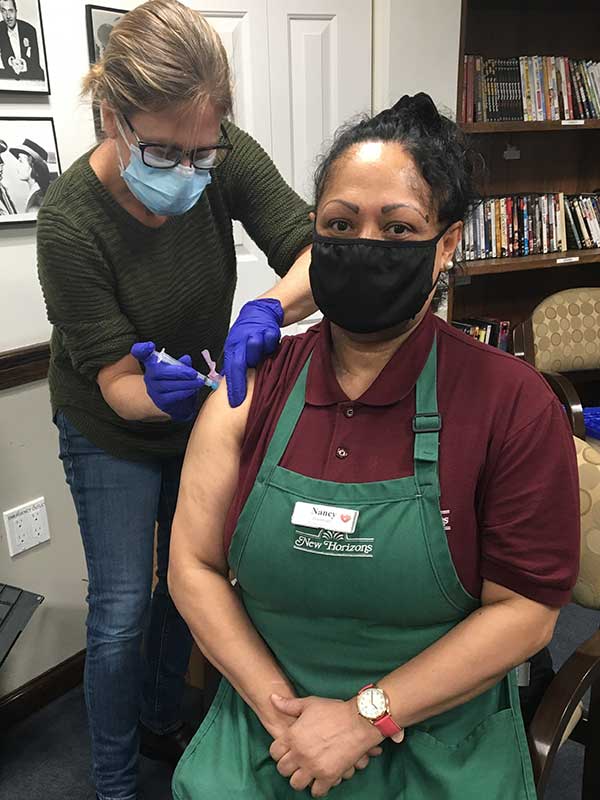 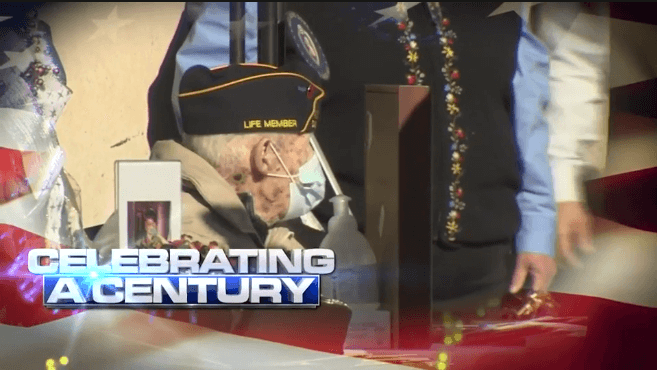 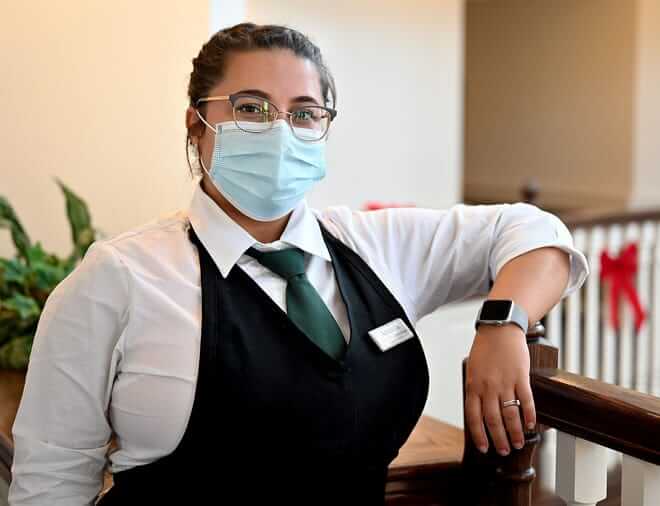 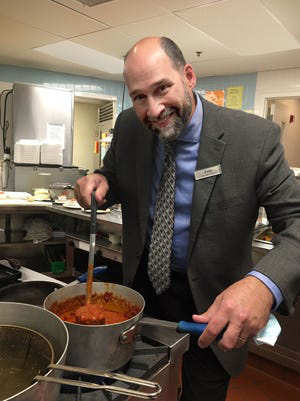 New associate director to run dining program at New Horizons at Marlborough
Natick Bulletin and Tab - 11/4/2020
New Horizons at Marlborough has named Tony Sosa its newest associate director. A Natick resident with a nearly 30-year career in the hospitality industry, Sosa will join the senior management team and oversee the food services program at the 430-resident Hemenway Street community. MORE 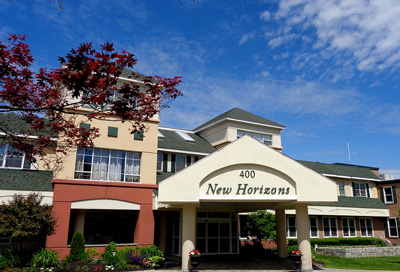 New Horizons explains how to make the most of long-term care insurance
The Pilot - 10/23/2020
More than 50 percent of Americans aged 65 and older will need long-term care services at some point in their lives, according to data collected by the Urban Institute and U.S. Department of Health and Human Services. Although many seniors have included long-term care insurance in their retirement planning, families are frequently unsure when and how to activate their coverage. MORE 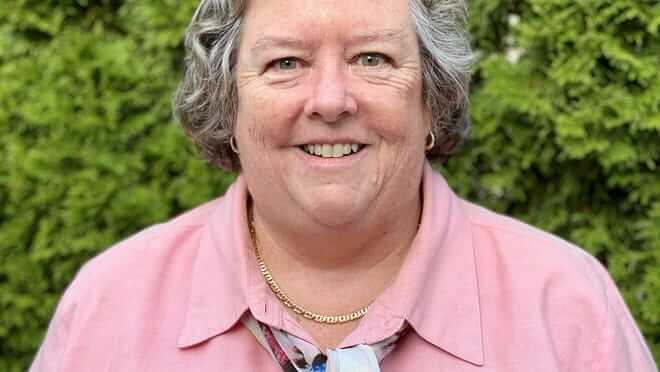 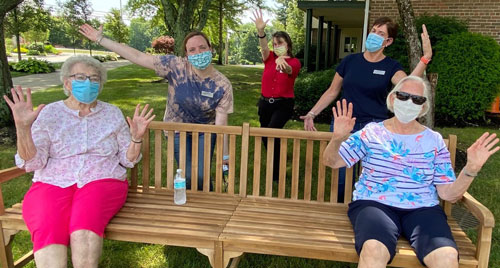 New Horizons minimizes risks and safeguards quality of life
The Boston Pilot - 8/21/2020
New Horizons at Marlborough’s management team had many sleep-starved nights these past months as they worked to minimize risk and safeguard quality of life for the hundreds of senior residents who live at the MetroWest retirement community. MORE 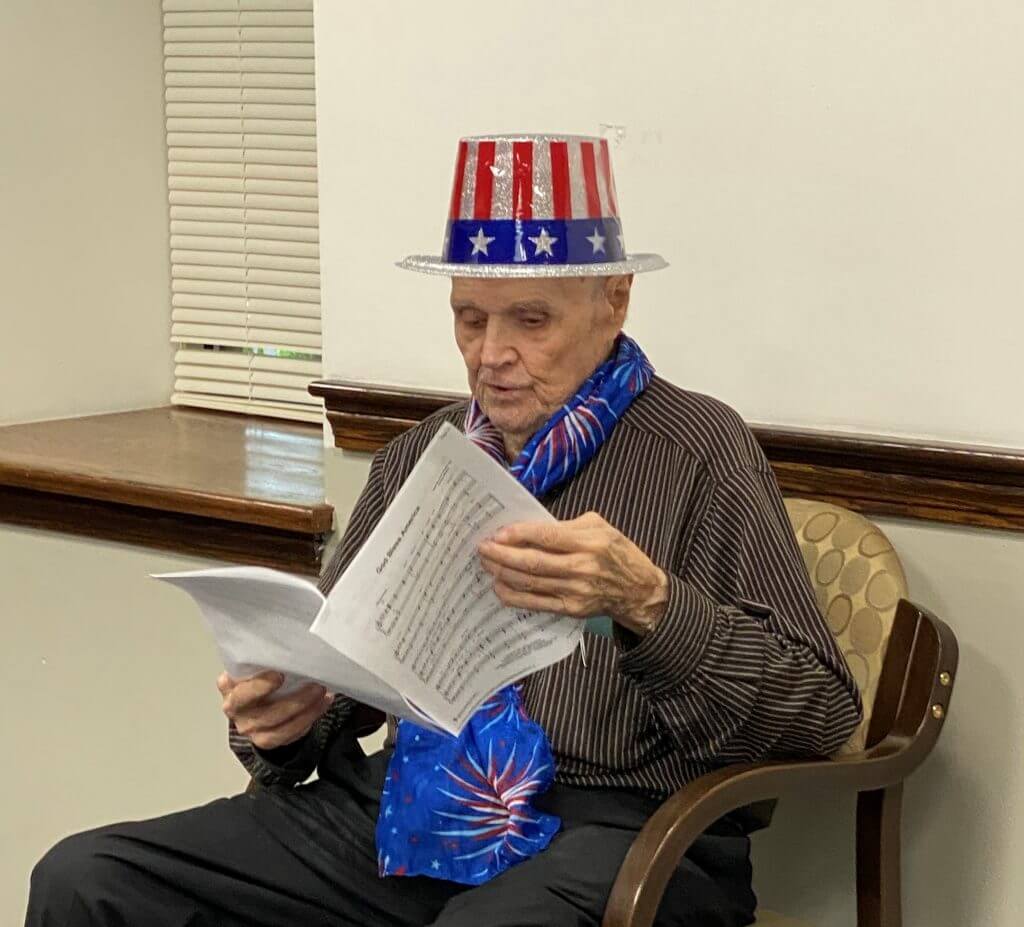 Testing finds no coronavirus among staff and residents of Marlborough’s New Horizons assisted living facility
Community Advocate – May 13, 2020
At Building 400 – New Horizons’ assisted living facility in Marlborough – residents and staff let go a collective sigh of relief on May 1. That day, fearing the worst and hoping for the best, the community received fantastic news; no positive coronavirus findings. (more) 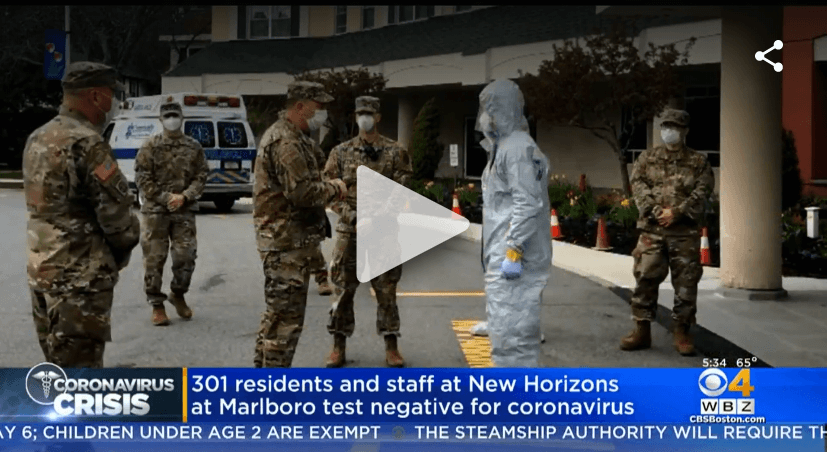 New Horizons has largely avoided Covid-19’s spread
Boston Business Journal – May 5, 2020
New Horizons at Choate, in Woburn, and New Horizons at Marlborough both underwent coronavirus testing by the National Guard in late April. Of the hundreds of tests performed of all residents and staff at both facilities, only one resident and one employee initially tested positive at Choate, and none of the residents or staff initially tested positive at Marlborough. (more) 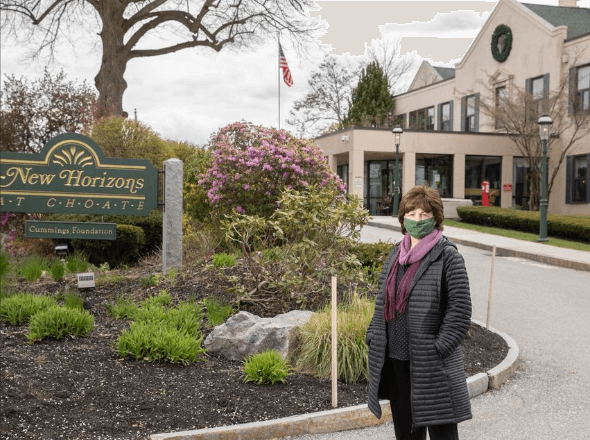 Marlborough Assisted Living Center Has Kept Coronavirus Completely At Bay
WBZ 4 CBS Boston – May 1, 2020
As many senior living facilities throughout the region are being devastated by coronavirus, one assisted living center in Marlborough is a bright spot. At New Horizons, every resident and worker has been tested, without a single positive result. (more)

Marlborough’s New Horizons uses technology to connect seniors with loved ones amid no-visit regulations
The MetroWest Daily News – April 14, 2020
Residents at local senior living community New Horizons at Marlborough are jumping into the digital age with both feet. Thanks to the innovation of video calls and social media — and the efforts of a host of tech-savvy staffers — the seniors have been connecting virtually with their loved ones during the COVID-19 pandemic. (more) 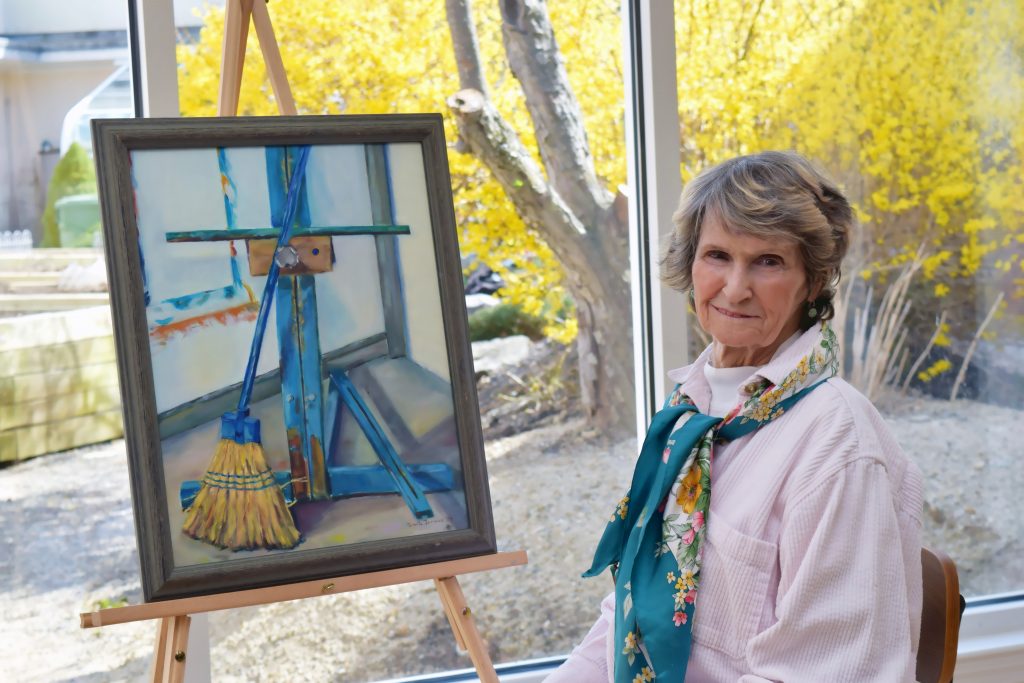 New Horizons illuminates the financial considerations of independent and assisted living
The Pilot – 3/20/2020
As we advance in years, concerns about health, safety, and a lack of socialization can make a strong case for transitioning to independent or assisted living in a retirement community. Finances are typically an important consideration when deciding whether to make this move and, if so, in selecting a community. (more) 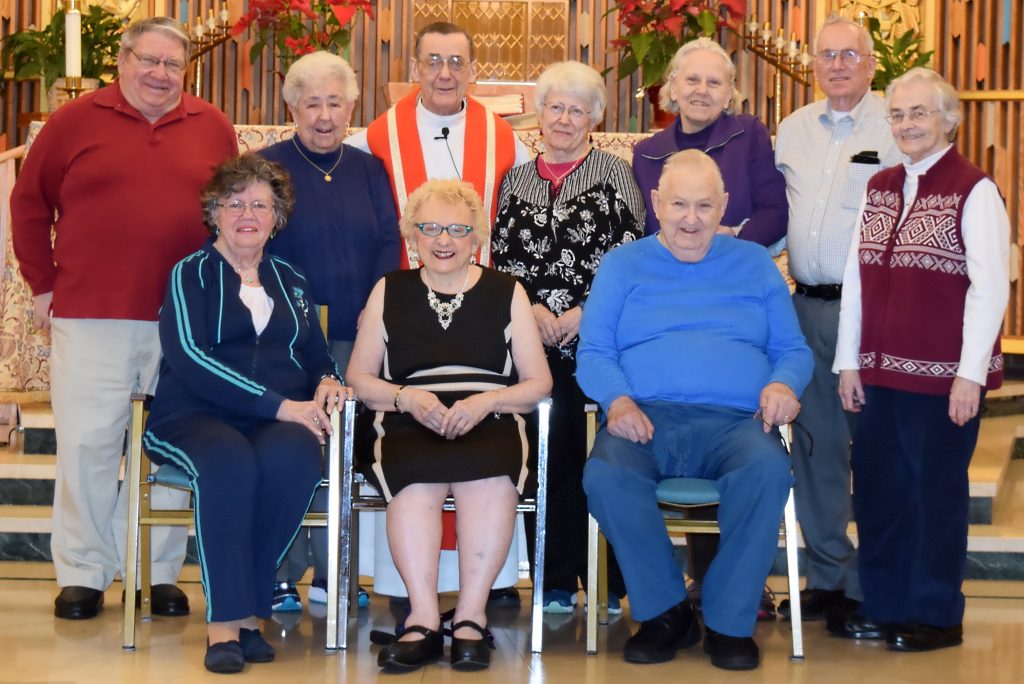 New Horizons successful in grassroots effort to keep daily Mass alive
The Pilot – 2/21/2020
New Horizons at Marlborough has hosted daily Catholic Mass at its on-site chapel since the retirement community’s doors opened in 1994. In 2018, that practice appeared to be at risk, until New Horizons residents and staff came together in a grassroots effort to continue the important tradition. (more) 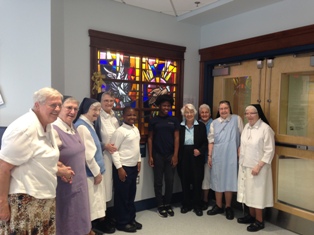 Stained-glass windows link Marlborough nuns to Dorchester students
Marlborough Patch - 6/2/2016
The donation of two stained-glass windows has unexpectedly created a connection between Catholic nuns from Marlborough and students at Saint John Paul II Catholic Academy in Dorchester. Eight of the Sisters of the Good Shepherd made a rare trip from their convent at the New Horizons retirement community for a May 12 ribbon cutting ceremony for the 55-year-old windows, which now brighten the Academy's media center. New Horizons had salvaged the windows from the chapel at Madonna Hall School for Girls after purchasing that property from the Sisters in 1993. MORE 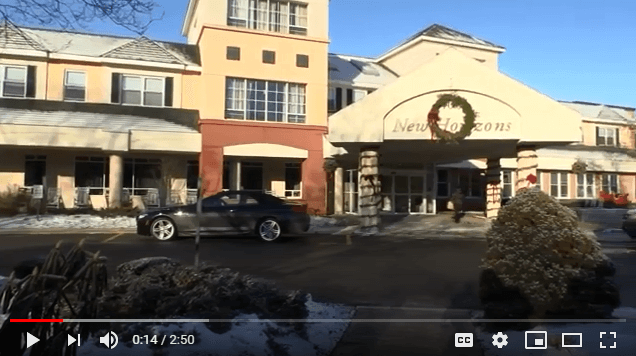 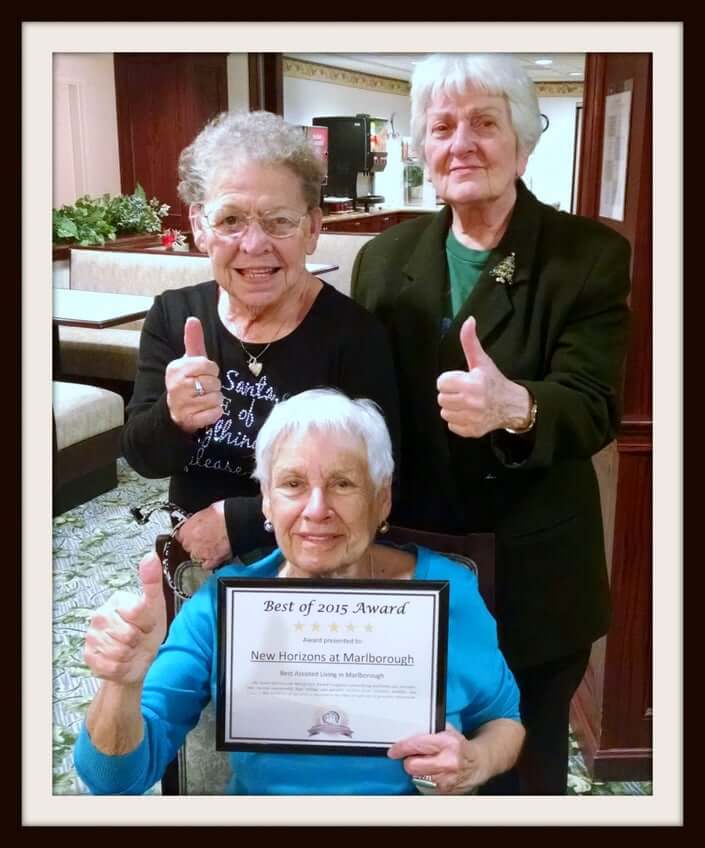 Marlborough retirement community earns national recognition
Marlborough Patch – 12/23/2014
New Horizons at Marlborough was awarded the “Best of Assisted Living in Marlborough” 2015 award for receiving consistently high ratings in the past year on SeniorAdvisor.com, a national ratings and reviews site for senior care and services. Winners of this honor rank in the top 1 percent of senior care providers nationwide. New Horizons also received this recognition in 2013. (more) 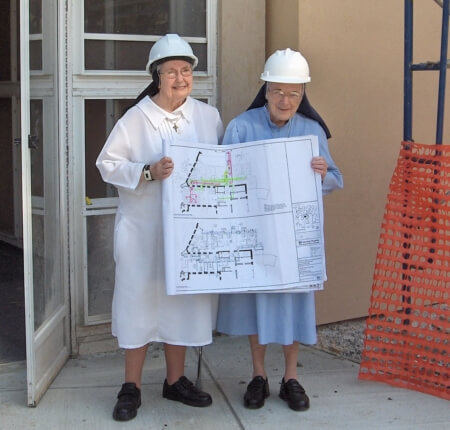 Foundation provides new home for Sisters of the Good Shepherd
The Pilot – 8/10/2012
On Oct. 1 the Sisters of the Good Shepherd will have a new home for their 12 sisters in Marlborough. Cummings Foundation Inc., a charitable foundation funded by Joyce and Bill Cummings of Winchester since 1986, is in the process of building the 12,000-square-foot site costing $870,000 at 406 Hemenway Street, across from St. Matthias Church. (more)